How can we help?

If you are looking for information on a friend or family member interred at our site, or if you would like to find out about Preneed options please feel free to call, or send an e-mail from our Contact Page.

In the early days (1800s) cemeteries were owned and run by either private parties, or by groups like the Odd Fellows Lodges (I.O.O.F.) and Churches. In 1909, as the need for upkeep grew the State of California enacted laws to establish Cemetery Districts, and use a small amount of property taxes to pay for the maintenance, so that the graves of people's beloved family members would be cared for in a dignified respectable manner. All public cemeteries are required to charge an endowment fee, to provide the funds for long term maintenance. The Health and Safety Code 9060 states that only tax payers of the district, residents and eligible family members may be buried in a Cemetery District. 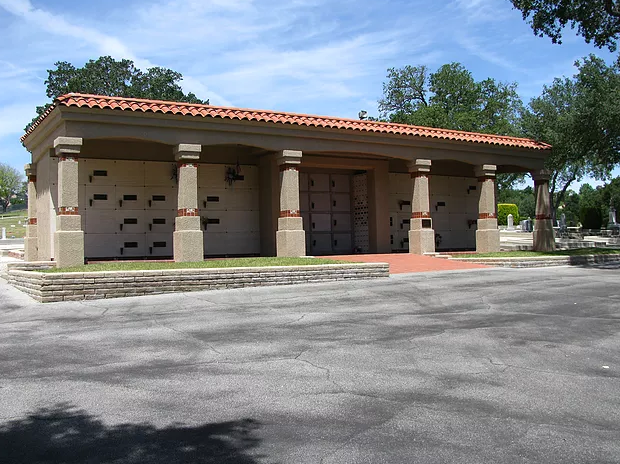 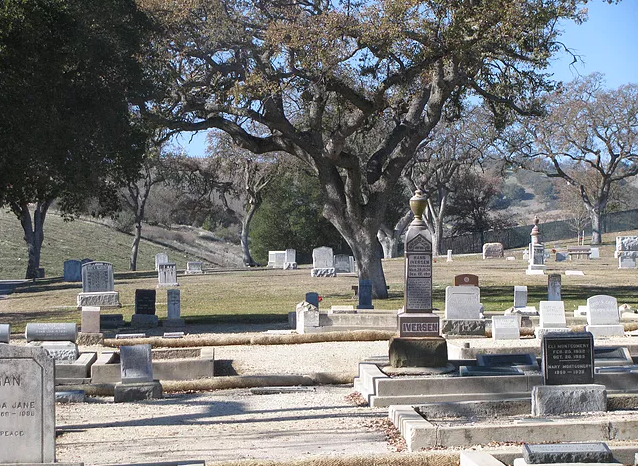 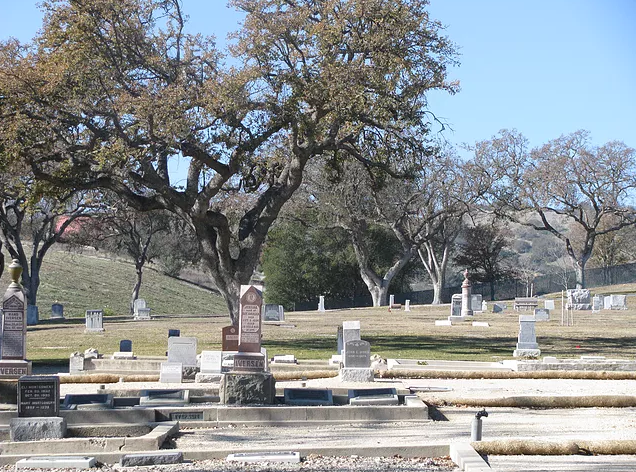 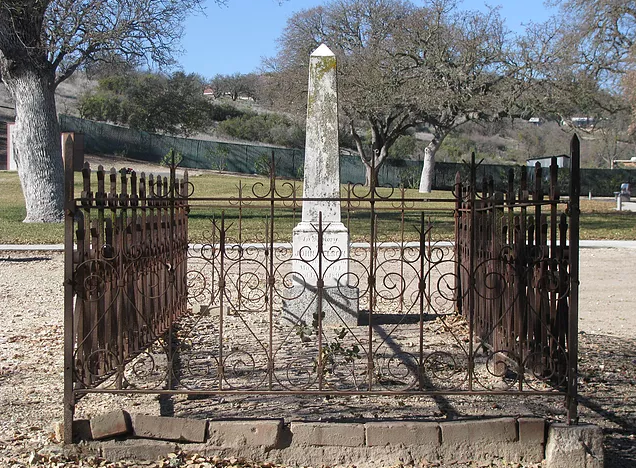 The following information was taken from material prepared by Martin Kuehl for the First Annual Heritage Cemetery Tribute (1999).
The oldest cemetery in town was started by Drury James and was originally located on Chestnut Street between 14th and 15th streets. But, as the town of Paso Robles grew there was a need for a larger cemetery so Drury James purchased 15 acres from the Blackburns and established the Drury James Cemetery. These 15 acres were on a hill top known as Villa Lot 55, with an entrance off Mountain Springs Road. The Drury James Cemetery is now the westerly part of the present Paso Robles District Cemetery. Few, if any, records were kept, or can be located, and very little is known about this portion of the Cemetery. Some headstones in this section date back to 1873 but the marker could have been moved from another cemetery. Some of the oldest markers are no longer there, as they were just rocks, which were later moved or wooden markers long since rotted away. Eventually James sold his 15-acre cemetery to R.C. Heaton and the cemetery was thereafter known as the Heaton, or Pioneer Cemetery until 1922 when Heaton deeded it to the Catholic Church.
In 1892 the Santa Lucia Lodge #3550 of the I.O.O.F. (Odd Fellows Lodge) purchased another portion of the current Cemetery, Villa Lot 54. In March of 1892, permanent records of grave sites and burials commenced with first burial of Mrs. B. Mott by the I.O.O.F. Lodge. Previously called the Odd Fellows Cemetery, it is now the center section of the present Paso Robles District Cemetery.
During the 1920's the original cemetery actually consisted of 3 separately run cemeteries on the same grounds. The Pioneer/Heaton Cemetery occupied the North section, the Catholic/Holy Cross Cemetery (property deeded from Mr. Heaton to the church in 1922) occupied the South section, and the Odd Fellows cemetery was located to the East of the other two.
In 1930, the Odd Fellows permitted Charles Phenegtar, a casket salesman, to erect the original 16 space Mausoleum.  In 1934 Rev. Charles Thackeray of the Episcopal Church, and one of the originators of Pioneer Day, was the first entombment in the Mausoleum.
In the 1930's, Otto Kuehl (local mortician) and other concerned townsmen formed a committee to look into forming a Cemetery District to oversee, operate and provide funds for the upkeep of the Cemetery. In April of 1937 Will J. Erickson, of the Geneseo School District, coordinated and filed petitions signed by the registered voters in the school districts from inside and outside Paso Robles, Oak Flat, San Marcos, Encinal, Union, Geneseo and Phillips with the County of San Luis Obispo. Thereafter, the Cemetery was designated a Public Cemetery District organized and existing under and by virtue of the laws of the State of California under the State Act dated March 6, 1909.
In July 1937 the first meeting of the Paso Robles Public Cemetery District was held. The County Supervisors appointed the first three board members:

The first full year of operation as a public cemetery district was 1938-1939 with a total budget of $5,700.
In 1942 the Catholic Cemetery was deeded to the Cemetery District and in 1945 the Heaton/Pioneer Cemetery was also deeded to the District resulting in the combination of all three cemeteries into one.  Through the late 30's and 40's many improvements and upgrades occurred with the use of a caretaker;s house, maintenance buildings, the first lawn planted, the grounds tended and a lily pond established (the lily pond was eventually replaced by the chapel).
In the 1960's the caretaker's house was demolished and the current office building was constructed.
In the 1970's the entry gates were constructed and additional lawn grave sites were installed.
The 1980's saw the construction of the open air Chapel with three banks of cremation niches added to the outside walls of the Chapel. Also the original 16 space Mausoleum was expanded to include 56 new crypts as well as 140 cremation niches.
The 1990's saw the addition of the Memorial Rose Garden; complete with ornamental fencing, walkways,  and beautiful stained glass windows in the Chapel.
The most recent improvements to the Paso Robles District Cemetery include a new front entry sign, a new Veteran section completed in 2002 which includes in ground grave spaces, cremation niches, and a flag pole ossuary,  as well as the completion of 2 new lawn sections and niche banks in the old Heaton/Pioneer Section complete with a loop road, sidewalks and benches.

Public Admission is from Sunrise to Sunset. Gates are open 8 AM until 4:30 PM Daily